Can you believe that half term is here already? Now is the time to plan how us Mums, Dads, Grans, Grandads, and all other carers are going to survive?

Here are a few of my stress buster top tips:-

1. Don’t change your boundaries!  It’s so easy to let them stay up a little later in the holidays – big mistake! When the holidays are over getting them back to a normal bedtime will only cause conflict and you will no doubt hear those words “but I didn’t have to go to bed at that time last week”. Don’t forget you’re going to be exhausted too and still need your adult time after they are all in bed.

2. Plan plan plan. Have a list of about 10-12 things you can do during the day and mix and match them depending on the weather and ability to get out. My suggestions are:-
• Treasure hunt in the garden or house.
• Make a miniature garden in an old takeaway or plastic tub.
• Trip to the local park.
• Pop to your local craft shop and pick up some art packs for cut and stick activities or anything else that takes your fancy!
• Have a baking afternoon. It doesn’t have to be messy or complicated. Some chocolate cornflake cakes will do especially if they can lick the bowl after!
• Share the load. Sort out a play date so that one day you have a friend’s child but the following day you get a well earned rest whilst the favour is being repaid.
• A movie afternoon with popcorn and a big bag of sweets.
• Take a picnic to your local open spaces, beach, woods, park.
• Buy some chalks and draw pictures on the drive or patio.

3. Research. Look through the local paper or online. There are lots of local activities on at this time of year; many can be free or subsidised.

4. Prepare well for Halloween. Whatever you plan to do make sure you have everything you need early. Purchase any sweets and pumpkins before the stores run out and make sure that any costumes from last year still fit!

5. Entertainments Team. Make sure that whilst it’s a lovely opportunity to spend some quality time with your children, don’t fall in to the trap of becoming their entertainments manager. Still slot in times in the day when they are expected to amuse themselves even if this mean the odd hour on social media or playing computer game. This is their time to recharge the batteries too.

And when all else fails read them a good story book like mine “won’t go to sleep” and, you never know, you just might just get them to doze off! What better stress buster than a few moments of peace and quiet. 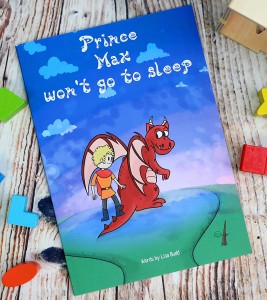 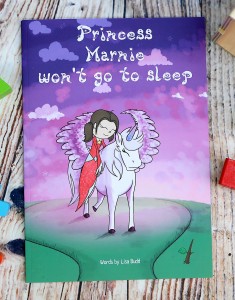 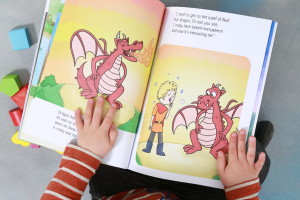 I’m currently foster mum to a little 2 year old boy who is a Nappy Houdini! Having already brought up two boys and fostered numerous others I have never seen anything like this!

First of all the Health Visitor thought he might be trying to get access to his bits and bobs for comfort reasons. I could understand this after all, he had just experiences some huge changes in his life. Her advise was to put the nappy on backwards so that he couldn’t reach the nappy tabs. Good idea I thought until I walked in his room in the morning and found the nappy on the cot sheet and not on him! Then we were given a tip by a friend who suggested putting the nappy on backwards and a onezie! So we put him in both these backwards confident in the fact that there was no way he would get that nappy undone during the night, but Houdini did! Another friend ventured the fact that we should put sellotape over the nappy tabs so he couldn’t get the tabs open. This we did and the next morning I when I walked in Houdini was waiting for me hand outstretched offering me the sellotape we stuck his nappy tabs down with the night before! The nappy was stuck down one leg of his onezie! I did laugh but wondered how had he got the sellotape off given he was wearing the nappy backwards and his onezie was backwards too!

Now we have it sorted! We put thick packing tape around his nappy, which goes on backwards, as does his onezie! The we sit down and read him my personalised childrens book which is perfect for bedtime. This helps him relax and prepare for falling off to sleep before my little Houdini can get to his nappy!

Hope this works for you too if you have a Houdini in the house!

I’ve written before about the lottery that is Primary School places but now the dust has settled the stories of those who didn’t get in are starting to surface.

When I dropped my foster son off at nursery yesterday several of the mums were talking about these Primary School places. As I joined in the conversation the story became much clearer. To give you some background, we live in a small Devon seaside town with three primary schools. Two one side of town and one the other. As with most towns one is more popular than the other two. One is Catholic and the other two have no specific denomination.

So what these two mums were telling me is that despite being walking distance from their chosen school, which happens to be the most popular, and well within the catchment area, they failed to get in. Their two points of argument are that they have both been offered places at the catholic school. Neither are Catholic and do not want their children brought up in this faith. Secondly, and to me the more important, their children have spent many years bonding and making friendships at this nursery which is a feeder to their chosen school. So now these children will not be moving up to Primary School with this group of friends which makes moving on to Primary School even more scary for those children.

Now the appeals process begins which is distressing and stressful for both the child and parent. I really wish I could be a fly on the wall in the admissions office when these decisions are made!! Don’t you?

Below are some links that you may find helpful regarding the appeals processes:-

BBC – how to appeal against a school place decision

I hope you find these helpful when the May half term comes around.  Maybe you have your own school holiday stress buster idea you could pass on to us to share?

Below are some great links full of great school holiday stress buster strategies:-

Are school holidays a relic from the past?

We are very sorry but due to the global situation with regards to Covid-19 we have decided to temporarily close our store. We will be back online as soon as we can!